On Chick-fil-A’s facebook page for Carraway Village in Chapel Hill, North Carolina, you will see Ellie cruising to Chick-fil-A’s curbside pickup area and she takes the handle of the order in her mouth.  The golden retriever then leaves and trots off with the order, taking it to her owner, Nick. Her owner then waves to the Chick-fil-A team member as they walk away.

According to Facebook, Ellie has also gathered up more than carryout orders.  She has gathered quite a lot of video views; 2.3 million already and counting.

The video doesn’t capture the fact that Ellie carries the bag for about 0.2 miles as she and her owner, Nick, walk back home. “She just walks along with it in  her mouth, just trotting along beside  Nick,” according to the director of marketing and culture for the Carraway Village in Chapel Hill.  The director also stated that people will honk their horns and wave as they pass Ellie. She has become famous around Chapel Hill.

Ellie is also a fan of Chick-fil-A. Inside the bag is a special treat for her; the 8-count chicken nuggets.

The video on Facebook has reached over 15,000 comments since it was posted a week ago. Comments like “ This is hands down one of the cutest things I’ve seen,” says one viewer.

Other people have posted commenting on how their dogs wouldn’t be as disciplined as Ellie. Several stated their dog would chow down on it thinking it was all for them.  Another stated their dog may pick up the order but would definitely eat it before returning to their owner.

If you’re traveling through Chapel Hill, North Carolina, around lunchtime, you may just see Ellie trotting through town making her curbside pickup.

Using our mobile app for curbside delivery has never been more fun or easy. Just ask Ellie. She loves running to meet the Team Member delivering her food and carrying it back to her owner, Nick, who waits in their curbside space. "It's Ellie's favorite thing to do," said Nick. It's our favorite thing to do to serve yummy food to happy Guests – four-legged Guests included! Place your mobile curbside order today and make your favorite part of the day getting your Chick-fil-A just like Ellie!#chickfilaapp #eatmorechicken #chapelhill

Posted by Chick-fil-A at Carraway Village on Thursday, August 20, 2020 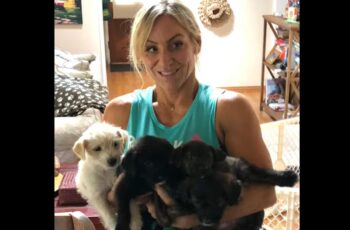 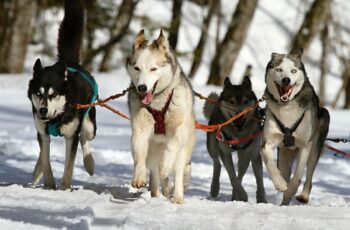