This story happened in 2003 in Ukraine and even though it has been awhile, it bears repeating. A fire broke out and caused a massive explosion in a defence industry company in Donetsk. Heavy smoke and thick clouds spread across the sky. There was a loud and powerful explosion which was felt about 5 km away.

The people living close by had to evacuate. They were running and gathering up their possessions, including their pets.  However, one pet remained out. This dog decided to run into the burning house instead of running away from it. There were big flames and the owner was scared for his dog and stood by feeling helpless. He wasn’t able to go back into the house to save his dog because the flames kept getting bigger and bigger.

As the owner of the house stood still and watched his house burning, his only hope was his dog would somehow come out safely. Suddenly, he saw the silhouette of his dog coming out of the house. However, his dog was not alone. In his mouth, he was carrying the family kitten. The dog knew he needed to go back in and save the kitten.

The dog and kitten were the best of friends. They would spend all of their time playing with each other and always by each other’s side. It must have been a natural instinct for the dog to go through flames to save his best friend.  It was a selfless act of bravery. The owner was so grateful to have his pets out safely and also surprised at his dog’s bravery.

The dog risked his own life to save his little friend and it all worked out in the end. Animals have a way of providing us with morals and values and they show us what love is time and time again.  The lessons learned from our pets are invaluable and who doesn’t love a happy ending. 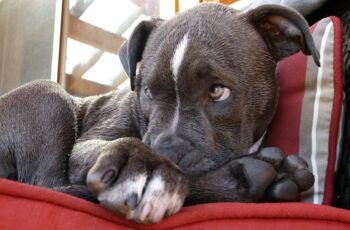 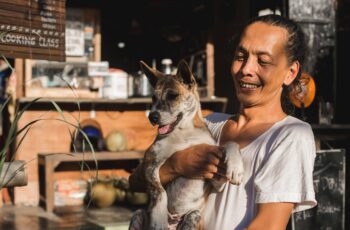